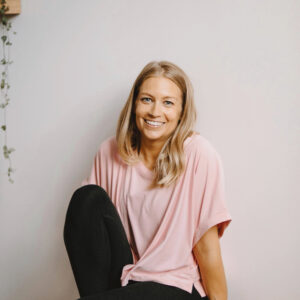 Lena Zerbinopoulos saw a hole in the Pilates market: A facility where both Pilates enthusiasts and Pilates instructors could rent space as needed.

“I had just moved and I needed a studio where I could do Pilates independently,” she said.  “I wanted to create a place with less overhead (for me) but that was accessible to (anyone who wants to do Pilates),” she added.

That was the concept behind what has now become My Pilates Studio in Manchester, New Hampshire, a facility that allows people to book a room and do their own Pilates session, and instructors to host classes at their convenience.

“You can do independent practice here or you can connect with a certified instructor,” explained Lena, who works full-time as an accountant.

Along the way, she ran into some stumbling blocks, namely how she would grant access to the facility to those who booked time slots without her having to be involved.

After some trial and error and working with another company, Lena found Facilikey, which allows a small business owner to say goodbye to physical keys and universal passcodes and hello to unlocking doors digitally through an app on your phone.

After two months in operation, Facilikey has made the process seamless at My Pilates Studio, Lena explained. It allows individuals or instructors to reserve space 24/7 in one of the three rooms in her 800 square foot facility, and then provides them with keyless access during their specific time slot.

“They pay the drop-in fee on my website and book the room or a class, and then they get an email from Facilikey that allows them to download a digital door key,” she explained.

Further, Facilikey went above and beyond and created the ability for Lena to also check people in, providing her the peace of mind to know exactly who is in her facility and when.

Right now, due to the ongoing pandemic, Facilikey also allows Lena to ensure no more than eight people have access to the largest of the three rooms in her facility at any given time, a number she intends to increase to 16 once the pandemic ends.

“It’s working really well so far. Turns out, there are a lot of people who like independent (Pilates) practice, more than I realized. We have new people coming in, reserving time slots every week, and we also have an iPad in there so they can look up exercises or follow along with an instructor,” she said.

She added: “I was expecting things to be slow with COVID and starting this in the summer, so I had low expectations for the first two months, but it has been better than I expected.”

FaciliKey is a platform that provides easy digital access to the small business owner, with a focus on exercise facilities and fitness studios.